A High for Tom Lowe

Massive congratulations, and respect, to our HUBBOX team member Tom Lowe who yesterday, despite carrying an ankle injury, managed to rack up an impressive 3rd in the first event of the World Surfing League Big Wave Tour. 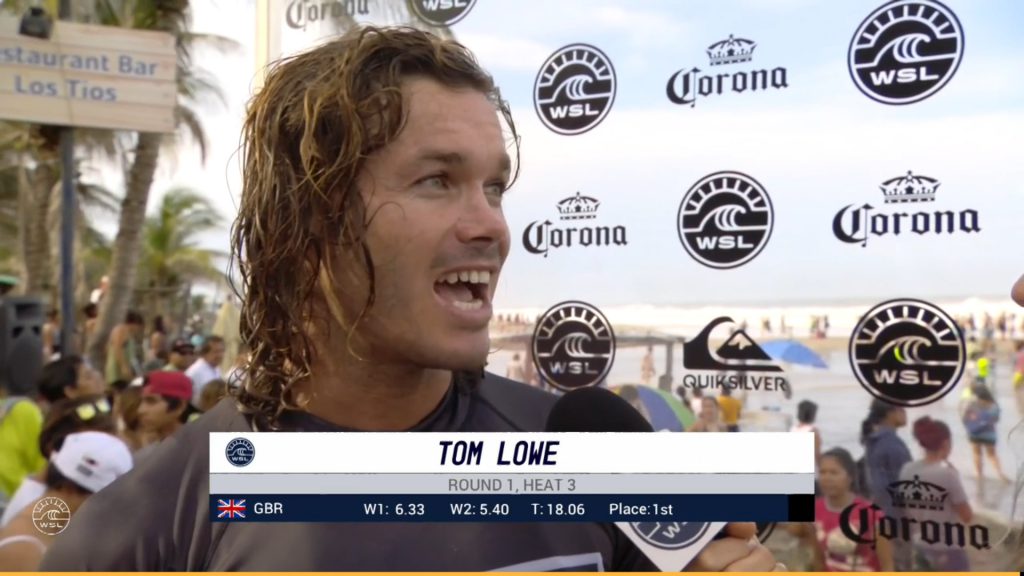 Tom has been living in Purto Escondido for the past couple of months and getting on every big swell that has hit the Mexican beach break this season. Since the competition window opened at the beginning of May there has been a number of big swells and the competition call has gone out a couple of times but until yesterday none of them had made the grade.

A predicted swell in the morning of 20 – 25ft with a light offshore wind, proved to be the perfect conditions to get the competition under way. During the day the swell built, and the final was held in solid 30ft waves. 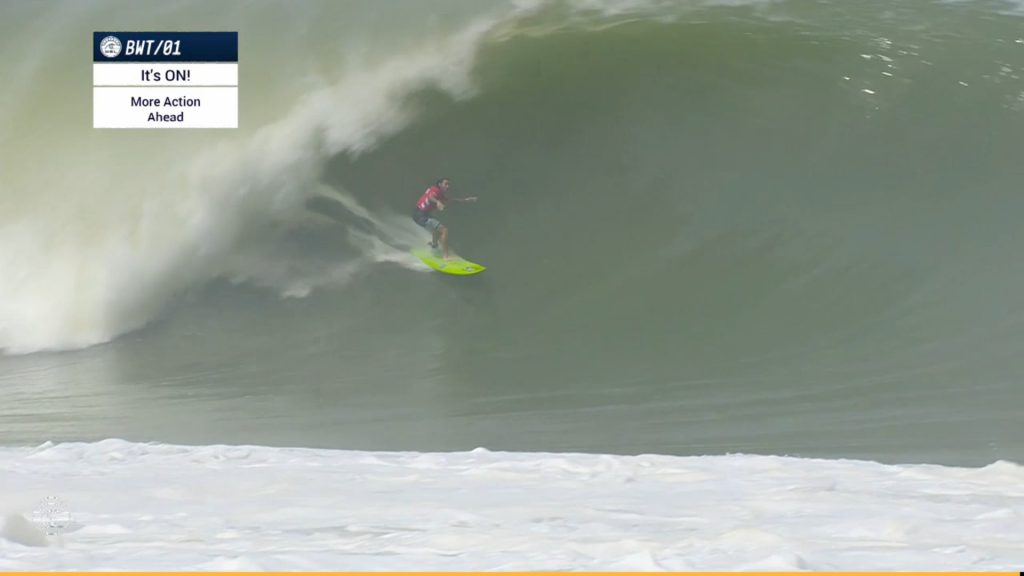 In the heats Tom played the perfect hand, patiently waiting for the biggest waves.  A win in his first heat, was followed by a second win in his semi-final beating Kai Lenny, the event winner, in both heats. 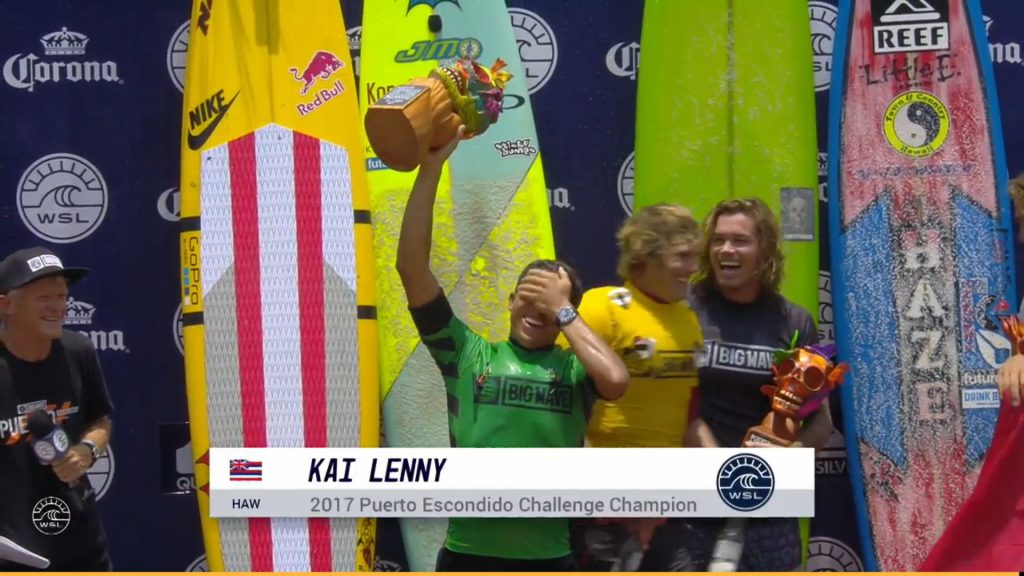 In the final the conditions had changed a little, the now 30ft swell was hampered by a slight onshore breeze making the waves shut down and shifting the peaks across the beach. Despite the heat being a full hour it came down to the final set in the closing minutes, Kai Lenny picking the peach, scored one of the waves of the competition and snatched the win out of Jamie Mitchell’s hands. Tom’s waiting game had paid off again and he was in contention for the win right up till the last set and finished in third, which I think is the highest any British Surfer has ever come in a World Surf League Competition – like ever!! 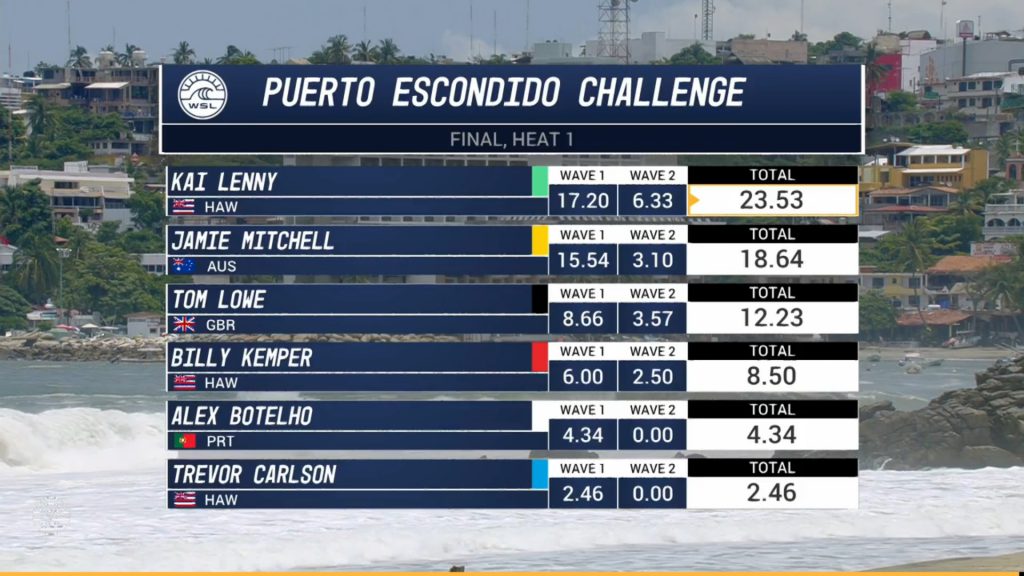 We managed to catch up with Tom a couple of days after the event:

I think every British surfer ever has dreamed about it but, how does it feel to get to the actual final of a world surfing competition?
I don’t actually remember much of the finals, as I was so dehydrated and fatigued. Literally didn’t get any water or food all day, went straight from the semis into the finals. There was no time to regroup and energise, get ready. It was go go go, from the first heat on. At the same time though, it was euphoric, all day I had this floaty buzz going on, didn’t feel any pressure, was in my own little world.
I was just grateful to be there and feeding from the energy of the waves and crowd. Epic experience which I’ll never forget.

You’ve lived at Purto for the last couple of months and we’ve seen some sick pictures of waves. How much of a help has living out there been?
I’ve always believed that putting the time in at a spot will makes a difference. Your comfortable, know your line ups and are tuned in. The only downside to hanging out at one of the heaviest waves in the world is injuries, more likely something bad can happen leading up to these contest if your surfing most days here. Which is exactly what went down last swell, after I copped a lip on my head, ankle folded and sprained pretty bad. I was on crutches for 2 weeks leading up to this event. Was scary not feeling ready. I knew deep down that I’d at least o out there and try. I’d put so much energy into Puerto that pulling out wasn’t an option.

What are you doing until the next competition? Are you coming home or staying in Mexico?
I’m going on holiday to Costa Rica with my girlfriend Tess. Rest and rehab for the next month I’d say. Be home near the end of the month.
Then it’s Nazare time…let’s not think about that right now.

Finally, how’s the ankle?
Swollen, sore , but getting there. Rest ice and elevation all the way. Fun fun fun, haha

Thanks Tom catch up soon…

What’s it all about?